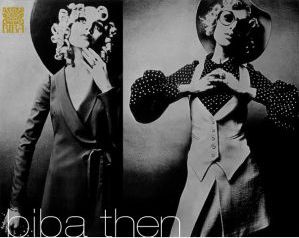 For those of you that don’t know what Biba is, it was basically one of the most revolutionary retail experiences in London (kind of like the predecessor to Topshop if you will) and literally catapulted London into the stratosphere of cool when it started in 1964.  It had seven floors of everything from clothes to pet food (oh how I would have loved to have been a Biba shopper….) 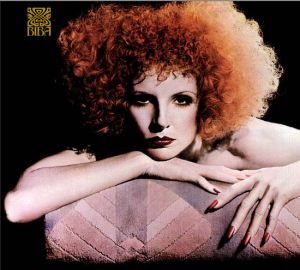 It sadly ended in 1975.  Alwyn Turner, author of the book ‘Biba, The Biba Experience’

‘It fufilled the rock and roll promise to live fast, die young and leave a beautiful corpse.’

Well the corpse has been dug up and dressed up as an ALL NEW Biba for the 21st century.  They recently presented a collection at Paris and currently, the new shoe collection is being sold at places like Selfridges London, Barneys New York and Colette Paris.  What’s wrong with this picture?  Does this not go against the whole accessible to everyone ethos that made Biba so loved by everyone.  Now they’re planning on a range of cosmetics, eyewear, as well as fully re-launching the clothing line.  No doubt the prices will be ridiculously high if the shoes are anything to go by.  Think you too can now get your hands on some Biba chic?  Think again.

These shoes will set you back £350 (!)  Lovely as they are, I just feel like the point of Biba has been lost and glossed over just so they can aspire to be part of the high-end luxury designer section in a department store.